How to Deal with Sun and 5 Weaknesses of Hero Sun

This hero who can double himself into 3 people is very complicated to lock. If held by the right player, you can be rubbed and difficult to catch heroes with this monkey-like face. 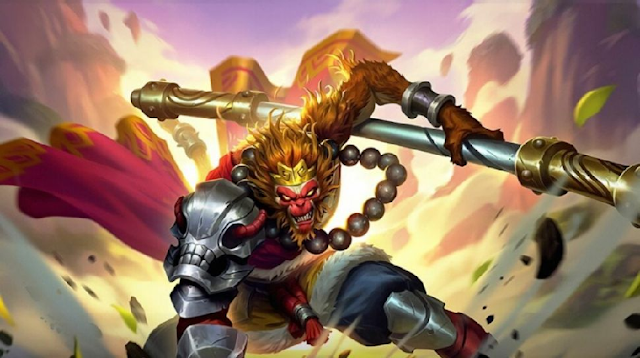 In the past, this hero was feared, but it seems that now it is not so feared because many players are starting to realize Sun's weakness. What is Sun's weakness? Here is the list:

After understanding what Sun lacked, then took advantage of these information data to deal with Sun in the match.

How to Face Hero Sun in Mobile Legends

Dominance Ice can slow down attack speed and avoid the heal effect. Sun's finished items, making each of his basic attacks fast. Sun build items are also dominant using attack speed. Therefore it is often paired with spell inspire. The only defense of this attack was to purchase the Dominance ice item.

2. Retreat When Sun Issues His Ulti
When Sun doubles down, you'd better step back and wait until the shadow disappears. If it is not possible to retreat, try to attack the Sun on the back, or the Sun who has movements away from the attack.
3. Focus on Blink Sun Skills
Watch where he blinks. Also pay attention to the bushes around you. Usually Sun likes to hide and blink into the grass and leave his shadow fighting with you.
4. If Your Life Is Easy, It's Best to Run Away
Run away and ignore Sun. If Sun had ulti and issued skill 1 and skill 2, he would have difficulty catching up with his opponent because the cooldown of his skills was quite long.
That's if the player uses Sun as a fighter hero, sometimes people use Sun's hero as a tank. The blood of the shadow became very thick, unfortunately the damage was slight. Even so, he is still a danger because it can make it difficult for us to kill even if it is only a shadow.
Those are some of the weaknesses of Sun's hero and how to deal with them in Mobile Legends. Keeping a distance is the best, Sun is very helpless when attacked from a distance.